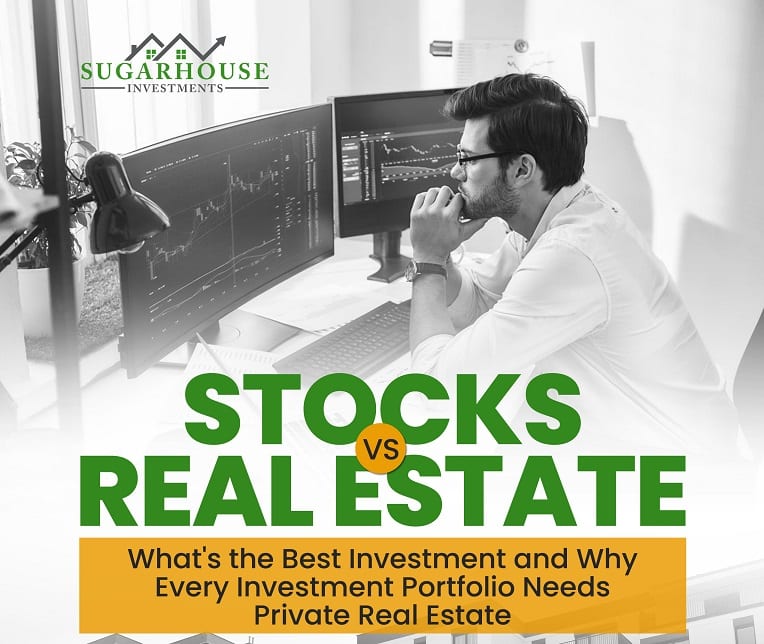 What is the best investment vehicle for building passive wealth?

Get this report to learn about how the long term performance of commercial real estate compares to stock market returns.

I wasn’t sure whether to do my undergrad in accounting or finance (I eventually landed on finance), but I knew that I wanted to do my masters degree at Thunderbird University in Arizona, where they offered a program in international commercial real estate.

For my college internship in between my sophomore and junior year I worked for a large real estate firm in Seattle. I was exposed to the wheeling and dealing of skyscrapers, large shopping malls, and other specialized deals, both domestic and international. While I had a limited intern role, it was enough for me to be hooked. This was my path. I could barely comprehend, let alone explain an IRR, but I knew this is what I wanted to do. However, life took me on a different path.

After returning for my junior year I looked for a part time student job. I found an opportunity with a very young online retailer in a specialty niche. This was in the year 2001, and online retail still felt cutting edge. So I jumped at the opportunity and got it. By the time I was approaching graduation two years later, this little company had grown quite a bit and I was running most of the operations. As I was interviewing with large firms, everything they offered was very limited in scope compared to the full reigns I had in my hand with this little 10 person company. So I decided to stay.

For numerous personal reasons it ended up being a good move for me and my family. I had a lot of flexibility and we made a bunch of money. Right after I graduated my boss offered to finance the purchase of a condo. My first creative finance deal! I found a private seller, negotiated the deal, then found a title company that had a relationship with a mortgage servicer to help me close it. I was now a property owner!

Fast forward four years, I was a full partner with a significant stake in the company. We were able to sell off the online fulfillment portion of the company. That freed us up to use our marketing engine in new ways. And all the sudden I found myself back in the real estate game.

We bought houses in really fun areas across the Eastern United States that we could use as vacation homes. This is before Airbnb was a thing. We used the large marketing engines we had built to advertise these properties and rent them out. Those went well so we bought more, including a couple of large cabins in the Park City, Utah area that we would rent out for family reunions.

Through a partnership with a couple of other guys we became involved in a fantastic piece of property in southern Illinois, in a town that is very special to members of my faith. This property required a special project. To summarize a very long story, we built a three-level building that included a retail store with a café on the main level, hotel suites on the top level, and an art gallery on the bottom story. This project was made possible from funds we raised from a brother of a close friend who was at the time the president of a large Japanese bank. Flying over to visit with him and present him with our project was a career highlight.

After that building was completed, we bought two more historic properties in that town. One was a beautiful private residence we operated as a bed and breakfast. And the other, adjacent to the building we just built, was a run down, 10 room hotel. We renovated that building and ran it as a sister hotel to the newer project.

After nearly 10 years with that company and partnership team, it was time to move on. You’ll have to take me out to dinner to hear that whole story. I was recently married, and my wife and I decided that our time living in Utah was also complete. We didn’t really know what to do next or where to go, so, we just went. We sold our house, cars, and nearly everything else and we went traveling.

We spent three months in Costa Rica, a month in New Zealand, three months in Australia, a month in Bali, and then returned to the US with a few weeks stint in southern California. From there we made our way to Texas after hearing about a cool little town called Austin that sounded like it might be right up our alley. We showed up there with a backpack and a suitcase each, rented a car to explore the town for the weekend, and decided we liked it. So we stayed. For 10 years.

In Austin we started doing more active forms of real estate investing: flipping, wholesaling, creative financing. After a few of those projects it dawned on me that I really didn’t like it! In pondering what to do next a lightbulb went off. Duh! Commercial real estate. Forget the residential stuff. Commercial is what I enjoy.

My original thought was to become the general partner. I started networking with commercial brokers, taking classes on apartment syndications, and looking for teammates. I invested in a commercial deal to experience the role of a Limited Partner. That first deal went horribly wrong, but I learned a ton, and despite all the bumps, we still make money off it.

In my networking efforts I met a fellow investor, also based in Austin, who had a strikingly similar path to me, especially when it came to making the transition from residential to commercial real estate investing. Over lunch he told me about his initial efforts to source deals, but then meeting with other operators who had deals but needed cash. We talked through it and realized there was an opportunity there – to match individual investors who have money to invest with highly successful operators. From there, as they say, the rest is history.

Since 2017 I have focused exclusively on raising capital for commercial syndications. At that time we had 17 residential rental units and we’ve been slowing selling them off. As of this writing we are down to seven, all fully managed by others. In 2020 I earned several securities licenses and aligned myself with a broker/dealer of securities so that I can present myself to potential investors with full transparency and confidence.

Along that journey I’ve learned a lot about what makes a good investment, how to vet operators and markets, and what makes me excited. I’ve done nearly every type of real estate investment (I’m coming for you, farmland) and can articulate the pros and cons. No, I’m not rich yet. But for me and my family, we have loved the time and financial freedom available through passive investing in commercial real estate. If it sounds interesting to you at all, let’s schedule some time on the phone to discuss your needs and see if commercial real estate meets your goals.

How Multifamily and Self-Storage Investing Compare

How Multifamily and Self-Storage Investing Compare